A story reads best when it is fuelled by real life experiences and steered forward by vivid imagination, as Xanadu, the debut novella of Harshita Nanda, shows us. Set in the pristine Garhwali terrain, the picturesque landscape and the unsullied lifestyle depicted here, largely remind us of Ruskin Bond and his home town Landour, Mussourie. The story spans quite a few decades, starting from the early twentieth century to probably the nineteen eighties.

The very colonial ambience at the onset of the narrative gives us a glimpse of the half-British Anita, one of the main characters, living a desolate life now, and takes us back to her carefree, opulent childhood years. We are also introduced to Bhoomi and Harish, the other pivots of the story and their background. All three of them have seen happier days as children. But a cruel twist of fate has forced them to seek solace and company outside of their own homes, amongst complete strangers. And thus is forged a bond between Bhoomi, Harish and a much older, matronly Anita – an almost sacred soul connect that defies the passage of time and the constraints of distance and circumstances.

The characterisation of Anita is outstanding in its vividness and realism. Right from the beginning, she takes centre stage and reveals her complex and intense process of evolving – physical, social, emotional and psychological. Her thoughts, her dilemma, her inner conflicts and temptations, and overriding all of them, her stark loneliness, add life to her character – kudos to the author for gifting us such a well etched protagonist. Generosity, fortitude, and forgiveness are her hallmark; she is adept at making peace with her past and her predicament. Don’t we all want to be blessed with such traits in our advancing years?

Bhoomi and Harish, too, win our hearts with the brave fight they put up to tide over their personal loss and move on, amidst adverse conditions. Their individual journey acts as a lasting life lesson for all of us to keep the faith and stay connected to our roots. The secondary characters of Ram Singh, Shalini, Makkhan, Malathi, Derek and little Sheroo (my personal favourite) contribute favourably to the unfolding of the events.

The story has two major time leaps of about twenty years each – the first is between Derek’s departure from India after independence, and his next meeting with Anita. The other is between Harish leaving for his boarding school and his eventual return to the village. Ms Nanda has taken care to adjust the social and commercial scenario according to the shift in location and the winds of change sweeping the country, through the decades. This has helped maintain consistency in the narrative, in spite of so many back and forth movements in time and perspective.

Each of the eighteen chapters has a one-word, pithy heading that pretty much encapsulates the essence of that particular chunk. The language is simple and conversational, but extremely evocative. The author probably wishes to reach out to the masses instead of catering to the niche reader alone. Ms Nanda’s crafting of images is, indeed, praiseworthy. Bhoomi and Shalini’s first entry into the cacophonous town; Anita’s heart wrenching loneliness after Bhoomi and Harish’s exit from her life; Harish as a child, bidding adieu to Makkhan at the school gate; Bhoomi, in her new village home, recollecting the joyous childhood moments spent with her parents; and the final reunion of the soul mates – these are scenes which strike a chord with the readers and often leave them misty-eyed. Only, I found it slightly amiss in the post-earthquake scenes where Ram Singh and Shalini’s reaction and mannerisms did not fully match the magnitude of destruction.

The novella, in its denouement, reiterates that life does, indeed, come full circle. Harshita Nanda has concluded her narrative in the same Himalayan village where it began years ago, cocooned in the same peaceful and comforting natural surroundings. She has taken care to tie up all the sub-plots. Little details have been seamlessly worked out. For instance, Anita’s means of sustenance in her solitary years and Bhoomi’s prospect of income after moving back to the village, both have been satisfactorily explained. Thus, the reader finishes reading the book with a smile on his face, and hope and happiness in his heart. And as a fitting reward to the patient, discerning reader, she sneaks in a huge surprise right at the end which leaves us craving for a sequel!

The title of the book stands justified. From Ethni to Xanadu, it’s been a long and onerous journey for Anita and later, a different but equally tumultuous ride for Harish and Bhoomi. But at the end of it, do they find their idyllic paradise of peace and joy, their proverbial Xanadu? Read on to find out, friends – you shall not be disappointed, I assure you! 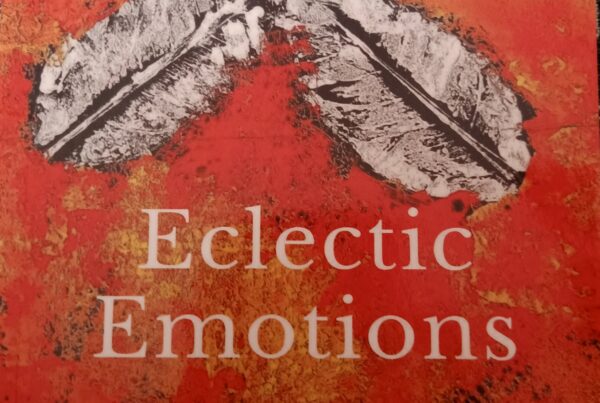