Home » Blog » Recipe for a Perfect Marriage by Women’s Web

Recipe for a Perfect marriage, the recently published annual offering of Women’s Web, is an anthology of 25 stellar short stories curated carefully from a vast number of submissions that the platform receives through the year. Edited by Sandhya Renukamba, this e-book has 22 authors voicing their thoughts on some very pathbreaking and inspiring issues revolving around women, and trying to have them acknowledged and normalised across all societies and communities.

The recurrent theme coursing through the entire collection is, but naturally, womanhood –the familiar women we come across in our everyday lives. But here they are portrayed in their various remarkable avatars, enjoying their occasional triumphs, picking themselves up after their frequent setbacks, yet soldiering on through all the rough and tumble till they achieve their goal.  Sporting a rather unique title, this book largely dwells on the subject of marriage. Marriage stories, you may ask, as in the traditional sense? But that would be so banal?!

Naah! Trust Women’s Web to always churn out something unique from their ever-bubbling cauldron of creativity and ingenuity! Thus, we have stories of silver-haired, venerable grandmoms who understand the youngsters and their ideologies better than the parents themselves. Nana champions the cause of her grandson’s marriage with the differently-abled but cracker of a woman, Adira.  Just like the way Dadi ji bails Vishakha out of a rather unsavoury tea session with her prospective Bua-in-law. Both Nana and Dadi have been part of an earlier male-dominated society. But fortunately, both have evolved with time and have become wiser, wittier, and whackier, trying to break the draconian patriarchal mindsets. Similarly, a most unlikely crusader comes to the rescue of little Tumpa who had fallen prey to her uncle Shankar Kaku’s heinous designs. This time, it is the feisty sexagenarian Ashalata Debi, who takes up some tech-savvy cudgels to bring to light an abhorrent social menace.

Molestation and sexual persecution for women are social evils that continue to plague our so-called progressive society even today. Little wonder then, that, these issues have found a dominant voice in this prose collection. Saavi and Koel are the quintessential girls-next-door who strive shoulder-to-shoulder with the menfolk to mark their place under the sun. But, when faced with male debauchery and workplace harassment, they don’t bat an eyelid before calling out their perpetrators and bringing them to task. Saavi’s powerful internal monologue, in particular, is praiseworthy. The way they both rise above their insecurity and diffidence, and take on their tormentors headlong, is a powerful lesson for all women battling such difficult situations.

The compilation stands out for lending a voice to all those women who try to break free from the longstanding shackles of societal expectations and obligations. It’s a slow but steady struggle and the pitfalls are many, as revealed by Vaibhavi who asserts her right to spend equal and quality time with her parents and not just with her in-laws. Or the multi-tasking Rita who poses an important question – do we make our men irresponsible and lazy? Good point, that! Abha, an aspiring writer, mirrors the unfulfilled desires and acute loneliness of multitudes of married women who find themselves mired and wasted amidst mundane household chores and spousal diktat. What can be a greater irony than Shruti desperately trying to scrub clean her period stains on the linen and conceal her undergarments on the clothesline on one hand, while her confidante Preeti gets hit by her estranged husband for not displaying her mangalsutra – the eternal conflict between signs of being a woman and signs of belonging!

Continuing in the same vein, we have Hema echoing every working mother’s sentiment when she chooses to excel in her profession in the face of familial disapproval, and be the perfect role model for her pre-teen daughter. Meenakshi, the young, independent professional, tries to break free from the demons of her past – an unhappy childhood and perpetually warring parents. She unapologetically lays bare her soul, screams, cries, and in the process, purges herself of her innermost fears and nagging doubts.

Through the art of storytelling, this anthology asks a very pertinent question – why does a woman have to always submit herself to a litmus test before her prospective in-laws? Are money and social status the sole deciding factors for a happy partnership? Characters like Maya cock a snook at such medieval expectations and move on with their lives, zealously upholding their self-respect and self-worth. As does Arundhati’s mother, albeit, in a different way. As a retired woman in her sixties, she refuses to play baby-sitter to her grandchild and overall supervisor at her working daughter’s marital home. Instead, she opts to stay at Pensioner’s Valley, a senior living community, where she would spend her carefree, relaxed twilight years, away from a rigid, time-tabled life.

Women’s Web is known to amplify the muffled voices of women who do not conform to a regular sexual identity. No surprise then, that, their anthology unabashedly becomes the mouthpiece of this oft maligned and marginalised segment of society. Hence, young Kamala’s seemingly innocent question about her Karuna Athai’s relationship with Kasturi Aunty, opens a can of worms in an overtly conservative household as theirs. Then we have Samudra’s asexual wife who is struggling to maintain the façade of a normal married life, to break out of her closet and come clean, but cannot muster enough courage to do so. Menaka faces a similar, constricting dilemma as she yearns to cast aside her female birth gender and embrace her overwhelming masculine identity and urges. How long will the Karunas, the Kasturis, and the Menakas be subject to societal censure and rejection? We are still looking for the answers, the possible solutions…

Separation and divorce have become a harsh but common reality in several Indian households today and yet, we cringe to utter the dreaded D-word! Priya’s story takes us on a deep exploration of one’s psyche, a quest for one’s true persona, as she grapples with post-divorce restlessness, uncertainty, and a sense of void. Kudos to Priya for her candid acceptance of her emotional turmoil and for unapologetically satiating her bodily needs with the help of a casual acquaintance. Post-divorce equations between erstwhile partners gets a whole new connotation when Mitali attends her beloved mother-in-law or Mamoni’s  shraadh ceremony. The changed dynamics and the barrage of memories sweeping over Mitali, have been handled with great care and sensitivity.

The anthology seeks to challenge a common misconception that women are their own enemies. In fact, it highlights the unyielding spirit of sisterhood and exuberant camaraderie that bind women together. My personal favourite in this collection is, certainly, the heart wrenching story of two sisters in Broken, movingly captured through the rather unusual second person narrative. The nuanced unfolding of events, along with its high emotional quotient, tugs at the reader’s heart.  A similar theme plays out in the lives of Neeru and Meenu, two kindred souls, facing the adversities of life in parallel worlds with a brave smile, and trying to heal each other, in the process.

The biggest and earliest influence on a person’s life is exerted by one’s parents and it is this tender relationship that grabs eyeballs in some of the stories here. Both Nirmala and Pari, through their own disparate experiences, realise the quiet struggle faced by their individual mothers. They cringe when they recall how dismissive and unsupportive they both had been, of their mothers’ relentless, singlehanded homemaking endeavours. While Sneha is able to mend fences with her indifferent and biased mother only after tragedy strikes them, Prajakta rises to defend her teenage daughter from a sexual predator, like a wounded tigress. The latter remembers her own scarred adolescence and resolutely refuses to let her daughter suffer the same predicament.

A deeply stirring stream of consciousness monologue is seen in Savitha’s story, another of my favourites, where an octogenarian Savitha is consciously trying to break away from her past, from everyone and everything that she held dear, and prepare herself for the journey to the great beyond. Her calm acceptance of her weakening body and her desolate soul, moves the reader to tears. But she harbours not an ounce of grievance, of regret – it’s only a sated and patient wait till she can move away from all things worldly.

This pathbreaking collection of short stories, penned entirely by women, seeks to challenge patriarchy, smash stereotypes, forge new paths ahead, and leave behind a breadcrumb trail of gratification, joy, pathos, smiles, tears, triumph, and the entire gamut of human emotions. The writers have put their finest penmanship on display, which makes the reader feel alive and awakened. Ms Sandhya has used a delectable and fool proof recipe here, comprising the sweet, spicy, tangy, and briny flavours culled from the inventory of life, and whipped up a delectable fare, that is bound to cater to our intellectual nourishment.

So go on readers, grab your plate, and savour the offering – you’ll surely be left asking for a second helping of it! 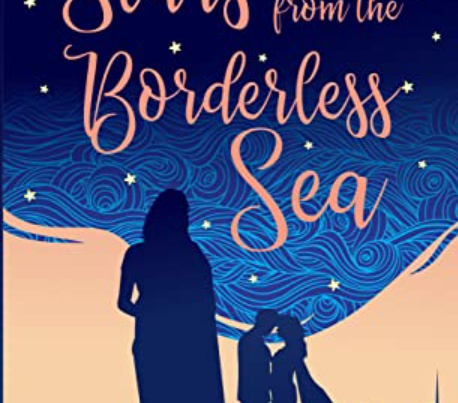 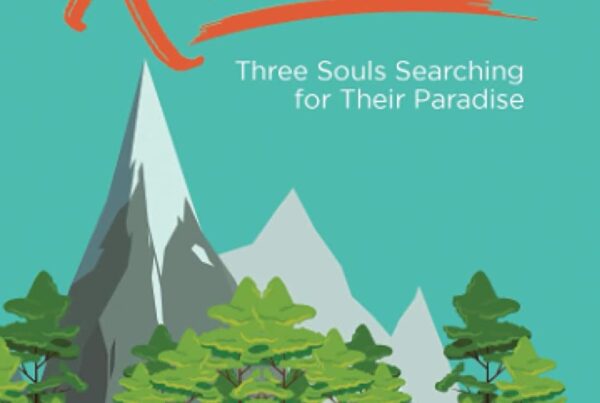