By Urmi ChakravortyApril 7, 2022No Comments

We first spotted him one balmy afternoon, about four summers back, all coiled up amidst a huge heap of loose cotton flakes (discarded from an old pillow, perhaps) on the terrace adjacent to our balcony. He lay so still for so long, we feared he might be dead. We made gentle clucking sounds to make him stir but to no avail. Later in the evening, from the same balcony, we saw the full grown dog happily sauntering on the streets below. We heaved a sigh of relief!

Over the next few days, we saw this brown male Indie pup almost everyday around our apartment, either napping in the shade, nibbling away at tidbits strewn outside the neighbourhood bakery, or simply relaxing in his own happy space. I gradually befriended him – not a difficult task at all, considering he was the most gentle and affectionate doggo ever. I carried food and water for him everyday and just watching him relish it, made my day! He was definitely old in terms of dog years, walked slowly and cautiously, and was favourably looked upon by all and sundry in the area. In fact, he was often fed bits of egg puff and samosa by well-intended humans, much to my dismay, and boy, did he love them! Sometimes he would dash across the road to scoop up these spicy savouries, leaving me red-faced, holding my rejected bowl of health food! But whatever it was, he managed to look well-fed and healthy for his age and situation which prompted us to name him Obese, or Obishu, in true-blue Bengali pet name (daak naam) tradition.

Obishu was not the best looking mutt around – he had a rough coat with tufts of fur missing at places and a laboured, ungainly gait. He did nothing to regale me and was perennially lost in his own languid world. Yet, the look he gave whenever he spotted me, with or without food, filled my heart with a rush of emotions I had never felt towards any of the other 9-10 Indies I play dog mother to.

Our daily ritual continued for about four years – he never barked, only made a low moaning sound whenever I petted and spoke to him. In between, Obishu had found a new place to park himself, a few blocks away from mine and out of my ken. I was initially apprehensive but later felt happy to see him at peace. I realized that he was getting older and slower by the day, his hearing faculties were also affected. He now stopped foraging and depended entirely on me and an elderly patron for his daily meals. I started giving him food that was softer and easier to digest. Aware that he could not survive on the streets for long, I spoke to the founder of a trusted dog shelter to take him in for his final years and agreed to be his passive adopter. February 2020 was earmarked for this movement, keeping in mind the oppressive summer months that would follow.

One fine morning this January, Obese was not seen in his usual place. I looked for him in the adjacent lanes but could not find him. I was definitely surprised but decided to wait for a day. The next two days were spent searching high and low for him, checking every nook and corner, asking every soul who was willing to listen, but to no avail – Obese seemed to have just vanished! Finally, the young helper at a nearby fast food joint rather diffidently admitted to seeing him being taken away by the municipal animal squad, apparently at the behest of a resident who resented the sight of this old, clumsy mongrel napping outside his apartment gates. I could not extract any further information about anything or anybody.

My daily routine continues unaltered. My other furry friends greet me with animated jumps, licks and tail wags. I avoid looking at the corner where Obishu sat.

Obese lived, and left, unknown and unnoticed….I was the only living creature to whom his sudden exit made any difference. And oh, what a difference it was!

A slightly abridged version of this piece was published in The Hindu on 16 February, 2020. 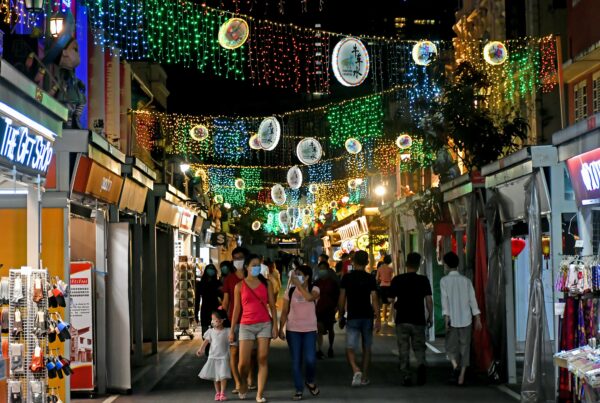